the cat-turd on the cupcake

So late October 1993 I'm visiting a friend. Said friend is busy the weekdays I'm with him so I'm alone in his place. Waking up on my own damn schedule, I've time to myself. On two of those days, I figure, well I know he's a right-wing bogeyman but I've never actually seen his show directly so, in the interest of engaging alternative viewpoints to one's own, I spend the noon hour, on two consecutive days, watching The Rush Limbaugh Show.

I remember this was the time Al Gore was running around pushing hard for NAFTA, engaging the wiry H. Ross Perot in debate over the issue. To my surprise, Limbaugh credited Gore with winning that argument and laughed Perot off as an unhinged lunatic. So I thought well, alright what else does he have. My memories of specifics are hazy (by all means, if your recall of what you watched in October '93 is more crystalline than mine, please sound off), but I sure as shit remember how I felt at the end of both episodes: that for about the first two-thirds the man spouted rational, sometimes dull, occasionally-relatable common sense, but by the end of the episode he'd say at least one thing so heinous, at best illogical at worst out-and-out hateful, that just cast aspersions over even the agreeable shit. 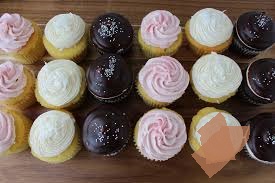 You're at a buffet party, and you're walking along a dessert table upon which is placed a grid of totally passable, maybe even tasty-looking, cupcakes. You think yeah I'll give one of these a try but upon reaching the end of the table the cupcake you're about to grab has a cat-turd, placed oh-so-artfully, in the center of its icing. You draw your hand back, thinking, well, I'll grab another one but the cupcakes across the entire table (which are, at a glance, about 90% cat-turd free) now all seem suspect.

Anyone I spoke to about Limbaugh's show (aside from those who embraced all of it) noticed a similar ratio: yeah, anyone can be down with about 75% of it but that other 25% is just unconscionable. That 25% would be cherry-picked and soundbitten over the ensuing decades held up both as upright and correct straight-talk by rightists and lamentable dialectical evil by the left. (I'm positive the DNC raised thousands, if not millions, from those outraged by Limbaugh's excesses, and thus amplified his outrages among their consituents - it's why I'm convinced the Boeberts and MTGreenes of the Trump Republicans will never be ousted from their seats, as their hateful blathering provides too much easy copy for fundraising emails.)

And in fairly short order the inherent cruelty of that 25% became a political party's entire platform. More and more of the party faithful, confronted with that spread, went straight to the cat-turd cupcakes out of preference and chowed down. (Many, many more, who were initially more comfortable in the rational, common sense-fuelled 75% would eventually shrug and dive into those tainted cupcakes, out of loyalty or weird expediency. And they could no longer argue from a place of rationality without their opponents smelling the cat-shit on their breath.)

He should have been held at arm's length; instead he was amplified and held aloft. Discourse was coarsened and eroded, and his hatred and pettiness, his sexism, racism, homophobia, transphobia etc. etc. etc, is now the standard of one of America's leading political parties. May he descend quickly, and may all who blindly parrot and echo his utter contempt follow in short order.

Posted by David Robson, Proprietor, House of Sparrows at 8:33 PM